What Are You Kids On? 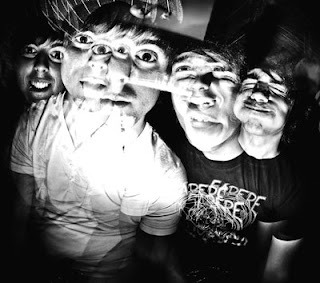 Youth culture is the life force of the culture at large; it's what keeps us moving ever forward. And so those of us over thirty, who increasingly can't trust ourselves and who want to remain connected to that force, must occasionally take stock of "what the kids are into these days." We can look at what music they like or how they use their cell phones and computers, but another factor that can tell us a lot about today's generation is what drugs they use recreationally.

For all of human history, people have found ways to alter their consciousness, to get high. In ancient times, various roots and herbs were found to have these mysterious medicinal qualities if they were chewed, brewed, or smoked. By the 19th century, morphine, laudanum, and cocaine were discovered—concentrated extracts that could be used in more measured doses. In the past hundred years, as with other technologies, drug innovations have been rapid and frequent. In the early 1900-1950s, barbiturates and amphetamines began finding their way from the laboratory to the recreational user. The 1960s saw hallucinogens, especially LSD, rise in popularity. Then there was heroin, PCP, Dexadrine, and Quaaludes in the 1970s, the crack epidemic of the 1980s, and the "club drugs" of the 1990s and 2000s. Of course, a few less intense drugs like alcohol, tobacco, caffeine, and marijuana have remained fashionable throughout the decades.

Young adults in particular have a deep hunger for experimentation in this area, the danger and adventure of feeling and experiencing something new. And the drugs of their parents' generation just won't cut it. Every generation has access to new ways of getting high, newly discovered pharmaceuticals with alluring side effects. Often one drug is made illegal and then is immediately replaced by something new and legal. Meanwhile, the illegal substances of course still find their way to the black market where determined users have little trouble obtaining them.

We did an informal survey and asked a few young folks around UAB about what they've experimented with and what they’ve observed among their peers.

These interviews yielded few surprises. The generation of humans that is now college age grew up during a time of unprecedented ADHD diagnoses. Many of them have been taking Ritalin since they were little kids. Some of them abused it, crushed it up and snorted it. When that stopped working for them, they started taking Adderall. If they don’t have a prescription, it’s easy enough to buy it on the street. Other prescription pills readily available for recreational use include Hydrocodone, Valium, and Xanax. One person told us about a friend abusing Lithium.

"Rolling" drugs are still popular in clubs. These include Ecstasy, Molly (pure MDMA), and GHB. Due to its price, pure cocaine remains a drug for rich kids, but cheaper (and more dangerous) derivatives are easier to get. People still like all the old hippie drugs: weed, LSD, and mushrooms. Some youngsters we talked to had experimented with pot laced with various things, including cocaine.

Something relatively new on the scene is the ubiquity of “synth” drugs. These are herbal products that are more or less legal and sold in head shops. Most of them are essentially fake pot—various plant products mixed together and sprayed with a chemical that’s similar to THC. The packaging claims that it’s incense and “not for human consumption,” but you are supposed to smoke it. It comes in little baggies so it even looks like marijuana. The effects are unpredictable and vary by brand. The problem is that you don’t really know what you are smoking or how your body is going to react to it. You can also buy herbal products that claim to be various types of uppers, downers, and aphrodisiacs.

What does this tell us about the young counterculture? This is a generation with a lot of varied interests, even contradictory interests. Expanding of consciousness doesn’t seem as important to them as expanding of experience. They are drug dilettantes, dabbling in things that make them move fast as much as things that make them mellow. Mystical visions are okay, but tracers and lasers are just as cool. They refuse to be pigeonholed, but in doing so, they have little identity. They exist in a hollow, digitally enhanced echo chamber made of fruit-flavored nihilism.
Posted by M. David Hornbuckle at 10/04/2011 08:00:00 AM