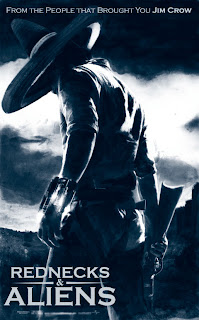 Once again Alabama has put herself into the limelight of the world's stage, and once again, it's not for anything good. All over the national and international news, you will find discussions about the Beason-Hammon Alabama Taxpayer and Citizen Protection Act aka HB 56 aka "That Immigration Law." If there's one thing people on both sides agree on, it's that this is the strictest such law of any state in the nation. Among people with a grasp of the subject, there is also little debate that the law is unconstitutional and will eventually be found to be so in federal court.

So why did the freshly elected, first time in a century Republican majority legislature, act so quickly to jump on the trendy states' rights racial-scapegoating bandwagon of shame? Because it's what the people want! Not so long ago, people of the same ilk wanted racial segregation to be the law of the land; not too much further back, they wanted the right to own certain shades of people as property. Thank God we have a national constitution to make sure that the people don't always get what they want.

Strangely, these same folks who fight tooth and nail against the Constitutional separation of (their) Church and State claim that immigration isn't a moral issue at all; it's purely a matter of economics. How convenient to have that to fall back on when your fear-driven desires are in direct opposition to your religious dogma. That whole bit about loving your neighbors and forgiving trespassers is so old fashioned anyway. So if they want to talk numbers, let's talk numbers.

They took our jerbs!

Although Alabama has experienced a dramatic increase in undocumented immigrants over the past decade, it still has one of the lowest populations of them in the South—about 120,000 according to the Pew Hispanic Center. Of those people, about 95,000 are working, making up approximately 4.2% of the state's workforce. So if we can kick them out, that's 95,000 jobs for Alabama's legal residents, right? Not exactly. The presence of these 120,000 people is directly responsible for the creation of 18,000 jobs in Alabama according to a study by the Perryman Group. Those jobs simply disappear when the immigrants go.

And there's no questioning that these immigrants are willing to do the jobs that we are unwilling to do. Our neighbor Georgia's government determined that 11,000 agricultural jobs went unfilled this year due to similar laws going into effect there. They couldn't even get more than a handful of the thousands of unemployed convicts who were required to work as a condition of parole to take the jobs. Crops rotted, and are still rotting in the fields. Similar labor shortages are already being reported in Alabama in agriculture and construction. In response, proponents of HB 56 assure us that things will eventually balance out and return to normal. Tell that to the small farmers to whom one or two lost harvests means the end of their business. They already can't compete with industrial agriculture from out of state and overseas, this blow could mean the end for many small farms. And all this is coming at a time when Alabama's farmers were enjoying a rebirth of interest and support by the local market with new farmer's markets springing up all over the state.

They're leeching our prosperity!

Not according to a 2009 trade policy analysis by Peter B. Dixon and Maureen T. Rimmer of the very libertarian CATO Institute. It's en vogue for conservatives today to style themselves free-market libertarians, bur that's only when it doesn't offend their xenophobic sensibilities. The study found that tightening up the borders to restrict the immigration of undocumented low-skilled laborers and increasing enforcement within the borders would lead to a loss of $80 billion in US household wealth. In contrast, allowing even more low-skilled workers and legalizing all of them would increase American household wealth by $180 billion. Both of these figures were arrived at after subtracting all of the public expenditures they incur.

If you want to talk about leeching off of the prosperity of others, let's talk about the citizens of Alabama, who receive far more Federal funds than they pay into the system. Alabama is undeniably a welfare state, taking wealth out of prosperous states and giving very little in return (we suppose American Idol finalists have to count for something). According to a study by the non-partisan Tax Foundation, Alabama received $1.66 for every dollar of Federal tax paid in 2005. In contrast, New York received 79 cents back.

Speaking of taxes—these illegals aren't paying any! Or are they? The Immigration Policy Center estimates that at least 50% of undocumented workers work on the books under false identities, paying into Social Security and other programs that they will never be able to collect on. In 2007 alone, undocumented workers contributed an estimated $12 billion to Social Security. At current levels, at least $407 billion will be contributed over the next 50 years according to the National Foundation for American Policy. Here in Alabama, undocumented workers contribute $130 million a year in income, property, and sales taxes. Remember, even those working under the table pay rent and buy almost all of their goods and services right here in this state. If they pack up and leave, the economy shrinks.

If it's not about ethics, and it's not about the numbers, then what is really going on here? Mickey Hammon came right out and said that he intended for the bill to make unlawfully present aliens' lives so difficult that they will "deport themselves." What about the 65,000 Alabama Latinos that are citizens or otherwise legal residents, and the 5,000 a year who become eligible to apply for citizenship? Should they just put up with the authorized racial profiling, discrimination, and government sanctioned racism for the greater good? This is purely and simply pinning the blame for society's ills on a small (3%) and disempowered minority. It sure is easier than working on real solutions to problems caused by one of the most regressive tax structures in the nation, a rotten and racist state constitution, and a largely failed educational system.

Why not put some of those free market principles that conservatives are so enamored with to the test and open up Alabama's labor market to whomever is willing to work here? Welcoming new residents and filling up low-skill labor positions with low-skilled workers will only expand the economy, create more and better jobs, and allow skilled and educated Alabamians to fill positions at their level of qualification for a change.
Posted by M. David Hornbuckle at 9/19/2011 11:40:00 AM