Occupy Birmimgham, the local group that has formed in solidarity with the Occupy Wall Street movement, held a public meeting today in Brother Bryan Park. Approximately 100 people gathered at the park for a combined potluck picnic and split committee meeting.

During the meeting, individual committees planned strategies for the group moving forward, and then a general assembly discussed the march planned for October 15, which will coordinate with an international day of protest.

After the meeting ended, the group spontaneously marched from the park to the Five Points fountain and back, sporting signs and chanting. 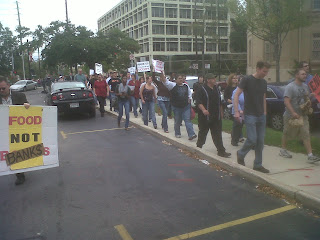 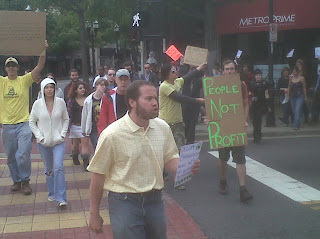