Save the Black Warrior with SweetWater: June 1-July 7 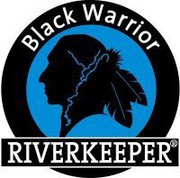 Save the Black Warrior with SweetWater Brewing Company
Annual Campaign with Black Warrior Riverkeeper in Tuscaloosa and Birmingham: June 1 - July 7

Birmingham/Tuscaloosa –SweetWater Brewing Company is launching its annual “Save the Black Warrior” program, which has raised more than $35,000 to date to support Black Warrior Riverkeeper’s water protection efforts since the partnership began in 2008. Save the Black Warrior takes place at participating Tuscaloosa and Birmingham restaurants and bars beginning Friday, June 1 through Saturday, July 7.

Throughout the program, people in Birmingham and Tuscaloosa can visit their favorite watering holes and purchase “paper fish” for $1, $5 or $10, or a Save the Black Warrior T-shirt, helping raise awareness and funding for river protection. To see the list of participating establishments and learn other ways to help, visit www.savetheblackwarrior.com. This website also features an online contest to win an Arc'teryx jacket donated by Mountain High Outfitters, who is sponsoring Save the Black Warrior along with H2 Real Estate.

Last year, SweetWater launched Waterkeeper Hefeweizen, an unfiltered ale created specifically to bring awareness to the Waterkeeper organizations, their mission, and their “Save the Waterways” campaigns.  The brew will hit draft taps across the Southeast later this month.

Davey Williams and the Improvised Book

For about thirty years, Davey Williams been at the forefront of improvisational music, playing alongside such revered avant garde performers as John Zorn and Eugene Chadbourne, jamming with Colonel Bruce Hampton, and raving it up with punk bands like Fuzzy Sons. He started out in the business playing traditional blues and R&B. He was guitarist for blues legend Johnny Shines and then went on to perform with an R&B revue show. He began the recording/performing project Transmuseq with LaDonna Smith in the 1970s, and he has collaborated with Smith on many projects since.

Last year, Williams took his improvisational skills to the medium of print. In line with his philosophy of performance and composition, he didn’t know what kind of book he was going to set out to write when he started. He only knew he was going to write a book, and so he sat down and started typing.

What resulted was Solo Gig: Essential Curiosities in Musical Free Improvisation. The book comprises short pieces, reflections on the nature of improvisation as it relates to music or to anything else in life, as well as reflections on what it means to play music in the first place. From time to time, that narrative is interrupted by a story about a man named Carl, the novel Williams is writing in an alternate universe. He tackles topics like “What is Musical Free Improvisation?” and “Musical Abstraction Debunked” and “Dislike of Musical Noise Explained.” Each of these topics, Williams addresses in a one or two page streams of consciousness that lace zen-like nuggets of wisdom with comedic one-liners.

For example, in the chapter called “Concerning the Clumsy Assertion of Ego,” Williams writes, “Deliberate upstaging is irritating, especially to your fellow players, not to mention the audience, unless you’re upstaging yourself during a solo. In that case you are free to blow yourself off the stage, so to speak.”

Despite a narrative pretense that he’s making up the book as he goes along, much the way he composes music, readers will probably be happy to know it has actually been edited. Williams told the Birmingham Free Press that though he initially didn’t know what he was going to write about, he said, “It didn’t take long before I found the voice of the Davey Williams that is reading the book to you. Soon, I had a lot of material. I showed it to some friends, and they told me I needed to cut about half of it out.”

Eventually, Williams says, “the true analogy between playing music and writing breaks down.” That narrative device serves as a way of commenting on the nature of improvising. He says, “As a writer, I’m interested in easy-to-read writing about difficult arguments about impossible subjects.”

After the first round of editing, Williams found out that improvisational saxophonist John Zorn was publishing a magazine called Arcana. Solo Gig was initially published in Arcana IV.

However, that vesion was still a great deal different than the book verstion. “When I saw it in print,” Williams says, “I realized that anybody could tear holes in this argument. So then I did that when I rewrote it. I tore holes in it.” In the final version, the Williams explores many facets of what it means to improvise music, and he also added illustrations.

Williams approaches drawing with the same technical precision and aloof humor that you find in his prose and his music. His one previous book is a collection of jokey cartoon illustrations titled, Which Came First: The Fried Chicken or the Fried Egg? The illustrations in Solo Gig are more abstract, sometimes surrealist, with captions like “At any rate, you won’t make much music if you get run over by a train.”

Solo Gig is available at some area bookstores. You can also buy it directly from Williams if you happen to bump into him at Crestwood Coffee, or of course at an actual solo gig.