Southside Rapist Still on the Loose 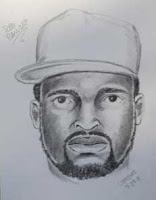 A man who is suspected of breaking into several Southside apartment buildings before sexually assaulting a woman in her apartment on 13th Avenue South has still not been captured by police. However, police have released a sketch of the suspect. He is described as a black male in his twenties, five foot nine, and about 180 pounds.