The Southern Poverty Law Center classifies the Council of Conservative Citizens (CofCC) as a white nationalist hate group and a “reincarnation of the old White Citizens Councils, which were formed in the 1950s and 1960s to battle school desegregation in the South. The group has chapters in Montgomery, Anniston, Jasper, Cullman, Huntsville, Florence, and one right here in Birmingham. According to the CofCC’s mission statement, "God is the author of racism. God is the One who divided mankind into different types. ... Mixing the races is rebelliousness against God."

The CofCC boycotted the movie Thor because the African-American actor Idris Elba was picked to play the Norse god Heimdall. Yet they didn’t seem to have a problem with Samuel L. Jackson making a brief appearance as Nick Fury, agent of S.H.I.E.L.D.

The positions of the CofCC don’t stray far from those of the GOP, the Tea Party and other supposedly conservative groups. They claim the U.S. is a Christian country. They also believe it is European. They fear that “‘affirmative action’ and similar measures [are designed to] destroy or denigrate the European-American heritage, including the heritage of the Southern [sic] people, and to force the integration of the races.”

The group’s attitude towards race is a nostalgic look back to the Norman Rockwell era of separate restrooms and Negro League baseball. In an article on the CofCC’s website bemoaning Birmingham’s decline, the shocking statistic is revealed that 55% of the rapes in the state are committed by African-Americans. This is interesting because the actual percentage is 37%. They also note that 91.5 percent of interracial rape in Alabama is committed by African-Americans even though a White woman is more than twice as likely to be raped by White male.

Digging through the data with the obvious goal of demonizing people of color they state that 62% of Alabama homicides are committed by African-Americans, yet the percentage is actually 37%. The CofCC's data supposedly comes from the 2010 report by the Alabama Criminal Justice Information Center, but our research revealed that the true source is a website called Occidental Decent, whose stated mission is a “permanent guerrilla campaign to harass and undermine the Obamanation.” What the CofCC and Occidental Decent don’t mention is arrest rates. While 1,415 White males were arrested for marijuana possession in 2010, 4,013 African-American males were, yet the rate of usage is basically the same in both groups. African-Americans accounted for 43% of total arrests even though they are only 26% of the population. According to the Center’s report, larceny, a predominately white crime, is by far the most committed felony in the state with numbers exceeding 100,000. Overall crime is down in Alabama with the odd exception of arson, which the CofCC seems unable to pin on African-Americans.

But facts are not a concern of the CofCC. Their main gripe is that Birmingham is on the decline because “business owners…thought they could strike a deal with the civil rights agitators of the 1960s and … made the biggest mistake in the history of civilization in Alabama.”

The group stands against “sexual licentiousness, homosexuality and other perversions, mixture of the races, [and] pornography in all forms.” They want the U.S. to get out of NATO and want schools to teach “Christian” values and outlaw sex education, multicultural and African studies. The CofCC believes “illegal aliens must be returned to their own countries; and that legal immigration must be severely restricted or halted.” They are strongly pro-gun and strongly against Black history month. They are outraged that George Washington Carver is given credit for inventing peanut butter and the potato chip.

It’s hard to imagine that these sentiments are still pervasive half a century after the Civil Rights movement began in earnest. If you want more information, or possibly just want to get in touch with the Council of Conservative Citizens for, I don’t know, a friendly little chat, here is their contact information:

Let’s say you pick up a newspaper and begin to read (we realize that, these days, picturing people reading a newspaper requires a leap of imagination, but work with us on this). You happen to read several articles about war, the faltering economy, stupid things said by your favorite political candidate, horrible child murders, etc. During all this you begin to think about your own situation, your own bank account slipping down to nothing, bills that you can’t pay, or horrible child murders. And your palms begin to sweat. You read on--anxiety rising and collar tightening. The next thing you know, you’re wiping your brow. Then you can’t take it anymore. You scream, tear off your shirt, climb onto a nearby table, and begin to scream bible verses.

The last part may indicate a mental illness, and you should seek help. But the part just before that, where you were sweating, is a natural, normal, and healthy reaction to stress.

We all know that perspiration helps cool us off and can also be a response to stress. With global climate change, and with the need to explain how mankind is affecting it to, let’s say, your brother-in-law, sweating is bound to occur more and more frequently. That’s a good enough reason to get curious about it, so here’s a little lesson.

Apocrine sweat glands are responsible for the sweat produced as a reaction to stress. They are not producing sweat to cool you down, but to deliver messages from your body in the form of scent. These sweat glands produce a thicker sweat that helps spread pheromones, the sexy scents our bodies put off. Apocrine glands are not as numerous as your other sweat glands, but they are found in key areas of the body associated with . . . y’know . . . sex. Don’t get confused though. That man stink you smell as your brother-in-law puts you in a headlock after dinner while accusing you of spreading socialist propaganda is actually the smell of bacteria nibbling on his sebaceous secretions, the oily mix of dead fat cells secreted to keep skin and hair lubricated. That isn’t sexy pheromones . . . not that he isn’t a little excited to be beating up on you. His man stink is mostly just stink.

The normal, everyday, cooling sweat glands are called eccrine sweat glands, the ones that produce the clear, salty, watery sweat that evaporates quickly to cool the body. Humans have the most sweat glands of any animal. We evolved that way because our upright posture, along with a nomadic lifestyle prevalent throughout most of human history, produced lots of body heat. Although now, in the developed world at least, most of us only move from one air conditioned box to another air conditioned box.

There are a number of sources on the Internet that claim sweating, by removing fluid from your body, frees up toxins in fatty tissues, and then the loosened up toxins can be more easily removed by the liver and kidneys. However, we could find no credible, empirical evidence that this is true. According to Dr. Justin Osborne, a UAB Emergency room physician, the most important thing to remember about sweating is it keeps you cool. “Sweating does a number of things . . . Think of your body as a house. The hypothalamus is the thermostat. It sends signals to sweat when your body is under stress. This stress can actually increase endogenous toxins such as lactic acid. It also moves blood which is normally available to the kidneys outward toward the extremities. This can decrease the (filtration) of the kidneys.”

Dr. Osborne believes the most important thing for people to remember when you are sweating a lot, whatever the reason, is to drink plenty of fluids and to replace spent electrolytes.
Posted by M. David Hornbuckle at 7/15/2011 11:37:00 AM 0 comments

SPLC Sues the State of Alabama

The Southern Poverty Law Center has filed a lawsuit against Alabama's new, draconian anti-immigrant law. The New York Times calls it "the most extreme" in the nation. It makes Arizona's anti-immigrant legislation look like child's play.

The Alabama law makes it a crime for anyone—citizen and non-citizen alike—to drive someone who is undocumented to church or a hospital. It requires school children to report on the immigration status of their parents. It even prevents refugees who have been granted asylum in our country from going to a state university. And, without question, it will lead to massive racial profiling and discourage victims of crime from cooperating with the police.

At the press conference held today, one of the SPLC's clients—a minister—said that the law "violates core values of various faiths because it criminalizes acts of love and hospitality."

The law reminds one of the Jim Crow era. It will create an underclass of people who are denied equal protection under the law, just like the racist laws that stained Alabama and the Deep South for many decades.

Like the racists laws we've fought in the past, we cannot let this one stand.

Thank you for your support and dedication to justice. I'll keep you updated as this important legal battle progresses.
Posted by The Birmingham Free Press at 7/09/2011 12:51:00 PM 0 comments 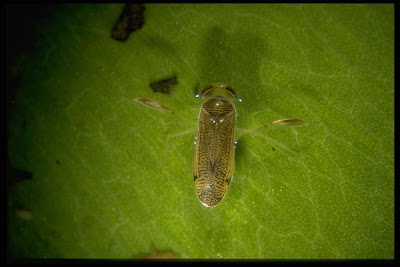 So you reach deep, deep inside. You find that inner bug, the one with a Telecaster and a Marshall amp that goes all the way to eleven. And then, well, then, with an extraordinary amount of effort you pull off a massive, record-breaking feat, a biological victory over the physics of acoustics, a barbaric yawp proclaiming across aquatic rooftops, "Over here, ladies!"
Sounds like "stridulation," if that's what the kids are calling it these days, might be a cross-species phenomena resembling sophomore year at college.
Posted by The Birmingham Free Press at 7/03/2011 02:59:00 PM 0 comments