Bring Us Your Healthy White Babies 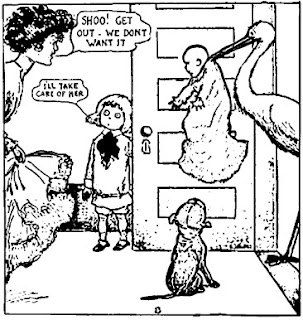 Domestic adoption is a multi-billion dollar industry where money talks and the laws benefit those with deep pockets. Adoption facilitators, including agencies and private attorneys, profit from arranging a successful adoption for paying clients. This has significant implications for women who find themselves faced with an unplanned pregnancy. The demand for white, healthy infants is high, and the adoption industry strives to supply white, adoptable babies for prospective couples. In this widely unregulated system, efforts are made to encourage women to relinquish their child to adoption. Furthermore, adoption laws don’t provide safeguards that allow a birth mother to make a fully-informed decision. If they did, there would simply be fewer infants available for adoption.

State laws that govern a mother’s consent to adoption provide for a hastily made decision and serve the best interest of the adoptive couple. These laws vary from state to state. Kansas allows consent 12 hours after birth, while the mother is still reeling from anesthesia. In California a mother’s consent is irrevocable. Alabama allows the birth mother five days after birth or after signing consent, whichever comes last, to make up her mind. After those five days, she has nine days to revoke her consent, but must prove she is in best interest of her child. Her “right to revoke” doesn’t include a “right to parent.” In 14 days, she’s stripped of her natural ability to parent and must fight in court, battling a system where the scales weigh in favor of the more affluent adoptive couple. She will also need to come up with over $100,000 to fund this expedition.

Possibly one of the most corrupt tactics in the Alabama Adoption Code is the pre-birth agreement. Yes, mothers may commit to an adoption before seeing her child; unaware of the legal red tape and resources it takes to withdraw her consent. This agreement assures the prospective adoptive couple of a successful adoption. It also makes it more difficult for the birth mother to change her mind and “disappoint” the couple who depended on her for nine months.

Stigma surrounding unwed mothers helps perpetuate a system that breeds infants for respectable white folks. The media usually presents adoption the way most perceive the process. A poor, unwed and unfit mother surrenders her child to an affluent and fit couple—everyone goes on their merry way. Sadly, the adoption process is not this simple. Unwed and pregnant does not make a woman unfit to parent. Furthermore, all adoptive couples are not fit to be parents just because they are in leadership positions at a big Presbyterian church or offer the right sum of money.

The truth is the birth mother is often desperate. She may seek help from an adoption agency or close friend. A permanent solution to a temporary problem is presented to her—adoption. This solution may be presented as the only or best one. She may hear, “Do you really want to farm your child out while you try to finish college?” or “God meant for a child to have two parents.” Gifts of little monetary value, “Dear Birth Mother” letters, religious guilt, and promises of future communication with her child are all tactics used to keep her on the right “path.” The couple may even offer to pay her medical and living expenses (this is legal in Alabama if approved by a judge). A lack of knowledge concerning legal matters in adoption, as well as a lack of resources, put the birth mother at a disadvantage. Because of their resources, the adoptive couple has an attorney to guide the process.

One successful attorney, Drew Whitmire, helped draft the Alabama Adoption Code under which he conducts adoptions for prospective adoptive couples. He is also president of Villa Hope Adoption Agency that offers domestic and international adoptions. Would a prominent adoption attorney draft a law that would make his job harder? Absolutely not. I’m sure Whitmire feels confident his adoptions will go smoothly, as the law includes safeguards for the prospective adoptive couple. According to Villa Hope’s website, 75% of Whitmire’s practice is in adoptions.

The Congressional Coalition on Adoption Institute wrote that Whitmire had been “considered by many in Alabama as its premier adoption attorney.” Furthermore, his “dedication to adoptive parents and their children makes him an outstanding choice” for Alabama’s Angel of Adoption Awards, a signature public awareness program for the CCAI.

Unknown to the birth mother, the visits with her child that were promised in a letter will not occur, as these letters are not legally binding. The letters with updates on her child will not arrive. Those gifts (flowers at the hospital, candles and baked goods, etc.) do not have “monetary value;” therefore they are not considered coercive. How subtle. The language used by the adoption facilitators was not undue influence, just encouragement. In addition, the poignant interviews with the social worker, in which the birth mother discloses every detail of her life because “it’s important to be truthful,” will come back to haunt her if she contests the adoption in court. Medical records, dating back to the birth mother’s adolescence and teenage years, may be used to prove her “unfit.” Her decision, because it is based on emotional appeals and granfalloons, is one she regrets.

These stories fail to garner media attention, widening the gap between truth and fiction. The stigma surrounding birthparents will continue, as facts are not able to surface. Adoption practitioners and private attorneys will continue to depend on vulnerable, young women to supply healthy infants for those who can pay big bucks.

Until legislation enacts laws that ensure best practice and provide safeguards, birth mothers will continue to be exploited.
Posted by M. David Hornbuckle at 12/17/2011 11:35:00 AM