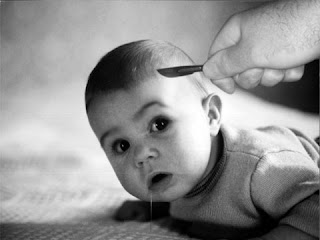 When the city of San Francisco tried to outlaw circumcision this summer, a Superior Court ruling struck it down, declaring that regulating medical procedures was a state and not a local matter. Much of Europe has moved towards outlawing or severely restricting circumcision. As California is often the first place progressive trends fester in the US, one can expect the controversy to escalate over the next few years. Neither the American Academy of Pediatrics nor the American Medical Association recommends routine circumcision, and there is a growing opposition to the procedure.

In the past few decades a slew of data has raised questions about the medical benefits of the practice. However, a large percentage of the population has a vested interest in justifying what is basically a religious ritual.

There is some evidence that circumcision can help prevent penile cancer, but according to the Harvard Medical School it is little more effective than soap and water. Furthermore, penile cancer is rare, occurring in fewer than .0001% of men, and hardly justifies a procedure that comes with a much higher complication rate. Around 117 infants die a year in the US from problems related to circumcision.

New reports have come out of South Africa from the Bophelo Pele Medical Male Circumcision Centre claiming that circumcision can reduce HIV transmission from female to male partners by 76%. The idea is that Langerhans cells concentrated in the foreskin help incubate the virus. This could also be used as an argument for female circumcision because Langerhans cells are also present in the clitoris and labia.

Circumcision in American is a twentieth century phenomenon and gained popularity as an anti-masturbation measure. At the end of the nineteenth century the majority of male babies weren’t circumcised, but by the 1970s the rate had risen to 94% in the US. By 2007, a relatively small backlash movement brought the rate down to 79%, which is still high and an anomaly in the industrialized world. Canada for instance has a circumcision rate of 9% according to a 2005 report from the Institute of Health Information. In Spain it is 2%, Denmark is 1.7%, and Mexico is 10%-30% varying by region.

Some Muslim countries like Pakistan and Iran come close to a 100% circumcision rate. It is considered a part of the Fitrah, which includes trimming the mustache, snuffing water up the nose, plucking the hair under the armpit and shaving the pubic hairs. In Judaism circumcision is YHWH’s covenant with Abraham and the number of procedures performed in Israel is over 90%. The Christian church doesn’t seem to care one way or the other. The practice predates any modern religions. It was certainly practiced in ancient Egypt and probably long before.

Other popular forms of male genital modification include infibulation, sewing or piercing the foreskin shut, and penile subincision, which is basically slicing the penis down the middle like a sausage on the grill. Infibulation was popular during Greco-Roman times and even in Western Europe until the 19th century and subincision is still common in many cultures, particularly in Australia. Be sure to do a Google image search on subincision—you will not be disappointed.

Female circumcision is universally deplored outside of the few areas, mostly in central Africa, that practice it. Few realize that what we now commonly refer to as female genital mutilation was routinely practiced in the US until the 1970s as a cure for lesbianism, hysteria, and erotomania. Congress only outlawed female circumcision in 1996 for girls under the age of 18.

It seems inevitable that rates of infant circumcision in the US will continue to decline. There is no scientific justification for it. Infants are not engaging in dangerous sexual behavior that would result in HIV. If an 18-year-old wants to get circumcised that is his choice. The operation is known to reduce sexual pleasure and the psychological effects of taking the knife to a newborn’s John Thomas are immeasurable. As always, the religious justifications for ancient traditions will have to be put aside in light of modern, secular ethics.
Posted by M. David Hornbuckle at 9/12/2011 05:39:00 AM